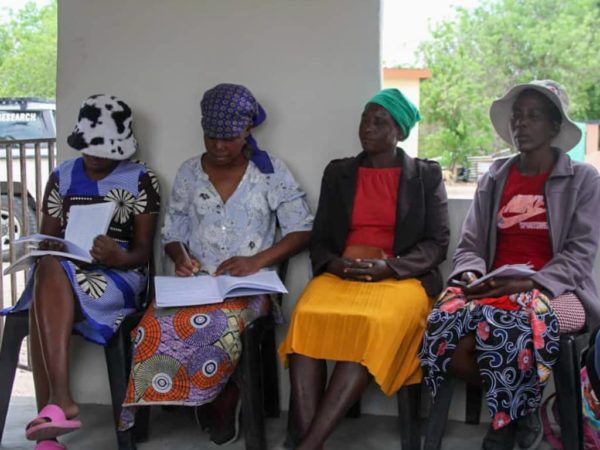 Despite their threatened status, Lions are one of feared predators in the African wild
but in the Okavango Delta, women are taking the lead in their conservation.

In her early thirties, Kelebogile Moitshoi and her team of cattle herders
regularly fends off lions and other dangerous from attacking cattle in the
Okavango Delta’s remote village of Eretsha as part of a sustainable project
meant to bring solution to human and wildlife conflicts in the area.

Living in one of most traditional communities where women chores are dominated by being domestic workers or tending crops, Moitshoi is one of few women in the Okavango Delta who defying old stereo types and curving a niche in conservation work.

As participant in CLAWS Botswana herding project in Eretsha, Moitshoi went for ayear to study at Heading academy in South Africa and she is now responsible for supervising a group of herders who mainly include men.  She supervises herders at Eretsha mobile quarantine, one of the sustainable projects
implemented by CLAWS in Eretsha.

Moitshoi recently told journalists during a media tour of CLAWS projects in Eretsha as
part of Space For Giants Conservation Journalism Programme: ‘’ As women we are
capable to occupy same roles in conservation work as men. All we need is for
someone like CLAWS to give us an opportunity and we excel.’’

Moitshoi explained: ‘When herding cattle, we have a system we observe.  Our system
comprises of four people moving the cattle: one at the back to drive the
cattle, two people on both flanks or sides to keep the cattle together so they
do not spread out. One person in the front is the leader of the herd; on the
lookout for potential predators; assess the ground for predator treks, assesses
the vegetation to ensure it is healthy for grazing and free from poisonous
plants. When satisfied the heard leader will give a signal for the heard to
stop and graze.’’

Asked if she had been in contact with lions while herding, she responded in the
affirmative: Yes, twice it happened. But we managed to drive them away.’’

Moitshoi is not the only women working in this project but there is couple of others in
the local committees for this project.

The CLAWS Conservancy is a registered nonprofit whose mission is to develop
innovative approaches to promote human- wildlife coexistence. Their focus is on
high-priority species and known conflict areas and are currently implementing a
herding project in Eretsha which targets to save Lions populations from farmers
attacks through a holistic approach involving the farmers in the area.

The Eretsha and neighboring villages located in an area commonly referred as
Okavango Panhandle in   northern Botswana has highest cases of
human-lions’ conflicts. lions are often poisoned in retaliation for killing
livestock belonging to local communities. The same happens in wildlife areas
across the continent, with 50% of Africa’s lions having disappeared in the last
25 years.

UNESCO world Heritage site,Okavango Delta is home to one of Africa’s largest lions’
populations. However, in 2013 incidents of lion poisoning rose dramatically due
to farmers retaliation. 50 percent of the lions’ mortalities were as a result
of the farmers retaliation for lions killing of livestock. This is what
motivated the CLAWS project.

On the wheels of a Toyota off-road Landcruiser, Dr. Andrew Stein, founder and
director of CLAWS Botswana, talks to journalists at the back of the vehicle
while navigating the sandy terrain. Dr. Stein is leading a search for one of
the collared lions whose movement closer to cattle farms has been observed.

Dr Stein explains as he drives their partnership with the University of Siegen, in
which they designed a one-of-a-kind lion alert system, which warns villagers
when collared lions approach livestock areas. Over 120 participants who receive
messages to their specific preferences (text or voice message) in Setswana and
English including the names and distance of the specific lion.

Since commencement the herding programme has seen lots of interest from community “So
far, we have nearly 700 cattle from 30 owners participating from Eretsha
Village- representing 50 per cent of the village herd.’ Majority of the farmers
are joining the programme for the health benefits for their cattle –
vaccinations, treatments for infections, feeding of supplements, better market
access for their beef and assistance with protection against predators.

In November 2022, the first of its kind mobile quarantine in Botswana piloted
through CLAWS project in Eretsha sent 27 cattle to the Botswana Meat Commission
and farmers were paid in premier prices after their cattle having satisfied all
the health requirements.  By the end of the 2023 the CLAWS project plans
to have sent almost 100 animals to the market from its combined herding
programme.