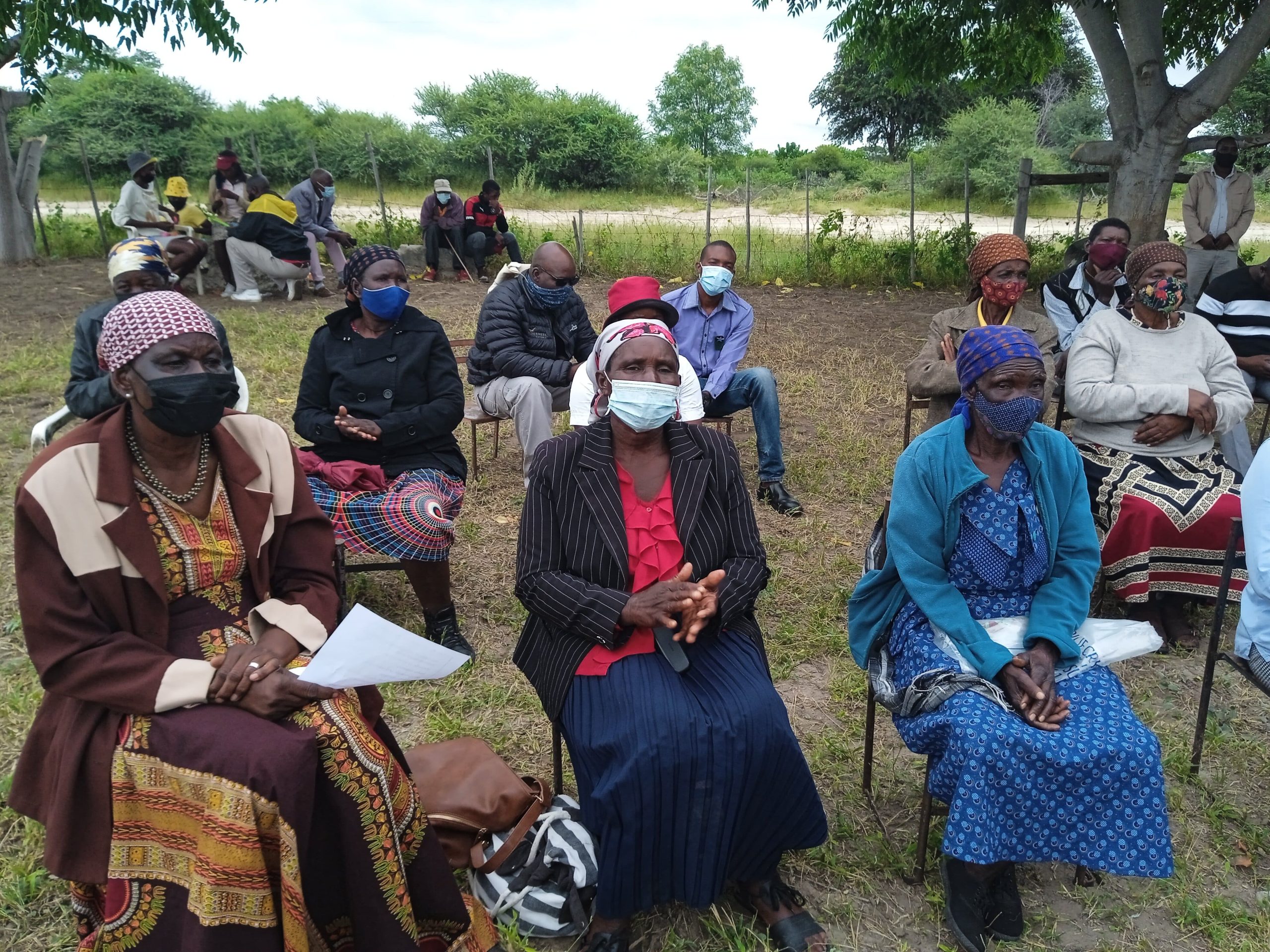 Shokomokwa residents near Shorobe village will now enjoy fresh water after Wilderness Safaris equipped a borehole at the settlement to provide for their drinking water.

The project undertaken through Children in the Wilderness Trust included equipping an old borehole that was used during the battle against Tsetse Fly in the area in the olden days. It cost about P 16,000.

Managing Director Kim Nixon told Shokomokwa residents that Wilderness Safaris have been working closely with the Ngamiland communities in the 40 years they have been operating in Botswana. ‘’ At the beginning of covid we talked with the village leadership: Dikgosi, councilors and other village leadership. It came very clear to us that we need to assist at this time of need in the community.’’

Nixon revealed that their consultations with the residents of Shorobe and Shokomokwa identified two problems: lack of food and water. The Covid toll on the communities forced Nixon ta call Wilderness colleagues in Germany and other parts of the world. One of the people he phoned was Karin Froehlich, Wilderness General Manager for Central Europe based in Germany.

He further explained that Froehlich, her friends and some of the trade partners of Wilderness Safaris also raised money to equip the borehole in Shokomokwa.

For her part Froehlich explained that she has been working for Wilderness Safaris based in Germany for 10 years.’’ When I came to Botswana 10 years ago I immediately fell in love with this country not only because of its beautiful nature but mainly because of the people. Since then I came back many times and have always felt welcomed by people here.

Froehlich explained that when the global pandemic hit the world and no tourists could come to Botswana she got worried about how the communities in Botswana were coping. When she was informed about the situation she got determined to help by mobilizing financial resources to help feed the community in Botswana.

She expressed hope that the borehole donation will benefit the Shokomokwa community including the future generations.

Giving thanks, Chairperson of Shokomokwa Action group Selelo Manga noted that the community used to drink dirty water polluted by baboons adding that they are thankful to wilderness Safaris for availing portable water. ‘’ I am happy that now we have clean water to use for drinking pills when we are sick’’ she noted.

She also asked Wilderness Safaris to put a solar powered fence around the borehole to stop elephant damage so that community could use part of the water to start a vegetable garden in the same plot.

For his part area councilor Oabile Chombo thanked wilderness Safaris for helping the Shokomokwa.  Chombo noted that Wilderness has also donated food to Sankuyo, Shorobe and Matsaudi villages all of which fall within his ward.