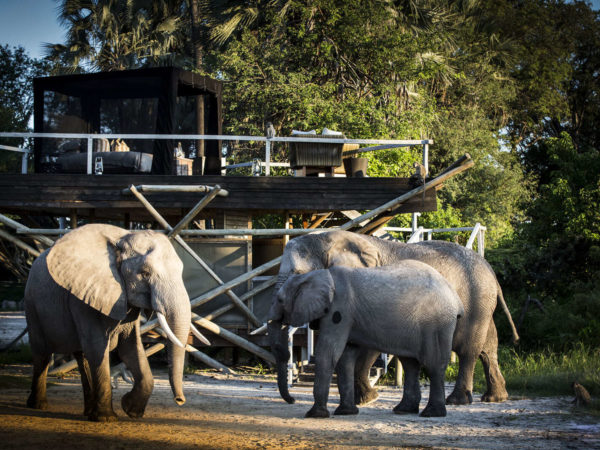 Set on 500,000- acre tourism concession in the heart of the Okavango Delta, Abu camp was famous for offering elephant rides an activity that has since stopped.  In 2011, now partly by Microsoft founder Paul Allen, the camp was rebuilt and refurbished. The iconic camp is currently contracted to Wilderness Safaris to run.

Recently Botswana’s Competition Authority issued a statement to the effect that: ‘’Pursuant to section 49 (1) of the Competition Act, 2018 the Competition and Consumer Authority (“the Authority”) has received a merger notification for the proposed acquisition of 100% of the total issued share capital in Olifanten S.á.r.l (“Olifanten”) together with its Botswana subsidiary Abu Private Reserve (Proprietary) Limited (“Abu”) by Saphire Holdings Limited (“Saphire”).

The Acquiring Enterprise, Saphire, is an investment holding company incorporated in accordance with the Laws of the Republic of Mauritius. Saphire is controlled equally by Pawling Holdings Limited (based in Mauritius) and Wildland International Limited (registered in the United Kingdom). In Botswana, Saphire controls and wholly owns Saphire Botswana International (Proprietary) Limited and Singita Botswana (Proprietary) Limited, both registered in Botswana, and are not yet operational. The directors of Saphire are André Pottas (South African), Clive Robert Britton, Naiken Veerasamy, Sawkut Oomarally Bundhoo (all Mauritians) and Lise Kaae (Danish).

The Okavango Express Lise Kaai cited in the competition authority as one Saphire’s directors is in fact the representative of Danish richest man Anders Holch Povlsen. she is charge of his investment fund HEARTLAND.

Competition Authority states that the Target Enterprise, Olifanten, is a private liability company incorporated in accordance with the Laws of Luxembourg. Olifanten is wholly owned by Juno Properties S.á.r.l, a 100% subsidiary of Old World Properties LLC, which is in turn ultimately controlled by Jo Lynn Allen, Executor of the Estate of Paul G. Allen. These aforementioned entities are based in Seattle Washington, USA. Olifanten is an investment holding company controlling Abu (a Botswana based company). Abu operates within the tourism and hospitality industries and it operates two safari lodges outside Maun. The directors of Olifanten are Christian Beaucourt, Erwan Loquet, (both Luxembourgers), Danielle Harper, and Alison Ivey (both Americans).

According to section 50 (3) of the Competition Act, 2018 “any person, including a third party not a party to the proposed merger, may voluntarily submit to the inspector or the Authority any document, affidavit, statement or other relevant information in respect of a proposed merger.”

The Competition and Consumer Authority therefore seeks any stakeholder views for or against the proposed merger.