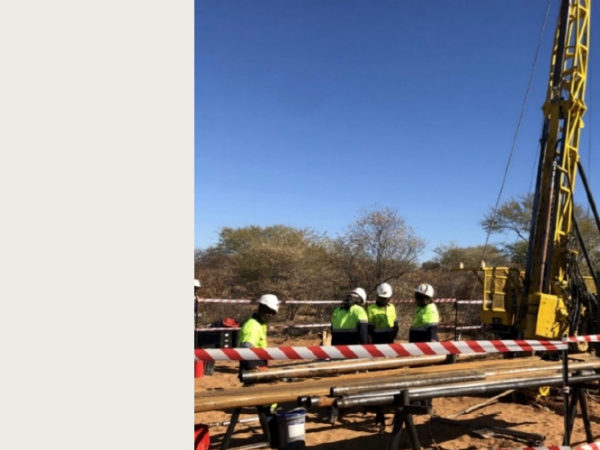 Along the sands of Kalahari a mining story is unfolding as promises of more discovery of copper and silver deposits continues along the ‘Kalahari Copper Belt (‘KCB.’)

KCB is a prospective copper belt stretching 1,000km from northeast Botswana into eastern Namibia. It is regarded by the US Geological Survey as one of the world’s most prospective area for yet to be discovered sediment hosted copper deposits.

So far, the nascent copper mining industry along KCB have so far centred only on the Khoemacau mine near Toteng. but news of promising more findings continues as more newer mining companies report promising discoveries in the area.

This week, Cobre Limited, a mineral exploration company with focus on base and precious metals in the KCB announced ‘encouraging preliminary results from its maiden exploration work at Ngami Copper Project (NCP) licenses, located not far away from Khoemacau mine.

Cobre is an ASX-listed public company, focused on copper and base metals exploration in Botswana and Australia. The company hopes its enriched, high-grade copper discoveries and high-grade development pipeline will underpin copper’s future growth in the electric vehicle and renewable energy sectors.

Cobre has four project areas in KCB: Okavango, Kitlanya East, Kitlanya West and Ngami with a total of 25 priority targets spread across the projects.

This drill hole is the first of eight planned diamond holes designed to test copper in soil targets in the vicinity of ongoing infill drilling at the existing Comet target.

It was designed to test a Terraleach partial digest soil anomaly, which occurs in proximity to a compelling structural jog and large demagnetised zone identified in high-resolution magnetic data.

Further drilling is planned to test the extent of mineralisation across the new target.

To date, results from 55% of around 5,000 samples submitted for partial-digest, low detection limit assays are in, and the remaining results are expected by the end of November.

These results will be combined with some 8,500 samples from the company’s neighbouring Kitlanya West Project, to assist with prioritisation of further targets across this extensive emerging copper district.

To date, 13 diamond holes have been completed at Comet and drilling continues, with visual chalcocite mineralisation evident in several holes.

Assays on all outstanding diamond holes are still pending.

“In particular, the identification of anomalous copper mineralisation at the Nova target represents an important indicator of the significant scale opportunity unfolding in this exciting new copper district.

“Cobre’s current focus on exploration at NCP is based on the potential we see for the expansion of our footprint in this highly prospective district as we continue to unlock multiple distinct copper targets.

“We are currently undertaking a diamond drilling program to infill higher-grade portions of our Comet target, with a second drill rig secured to test the extent of mineralisation at the newly identified Nova target before moving onto additional new targets in the vicinity.

“In addition to our ongoing drill program at NCP, an extensive soil sampling program on the neighbouring ~2,000-square-kilometre Kitlanya West Project is nearing completion.

“This data will be used to prioritise additional new targets for our 2023 exploration campaign as we endeavour to unlock a potential new copper district in Botswana.”